So the hike in fees went through. Good. But instead of rising to £9000 they should have gone to £90,000. Nah, let’s make a round £100,000. It actually doesn’t matter what the actual figure is because hardly any of the bleeders pay the fucker back anyway.

The majority of so-called students go to ‘learn’ unusable subjects  such as Marine Biology or Theology or some such crap and just toss it off for three years and spend their grant on fags and booze in the Students Union bar or Wetherspoons. Most of those who actually get their degrees end up doing bar work or waitressing. Let’s face it, when’s the last time you opened the job pages in the local paper and saw ‘Wanted: Marine Biologist’ or ‘Thoeologist urgently required’. Nope. Sorry kids, if you’ve got a degree like that, you’re going to spend the rest of your life doing minimum waged jobs. Just like me.

It does mean, though, that you won’t have to pay the grant back. Which brings me back to my original point. Anyway, everyone has a free education until the age of 16. Then if you stay on for another couple of years you get PAID 30 quid a week TO GO TO SCHOOL!!! What the fuck is all that about?

No mateys, you’ve had enough out of the system. If you want a University education, be prepared to pay for the fucker (or let mummy and daddy, more like). 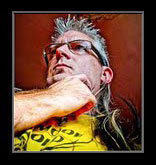 Look, I can't be arsed to make this web site display correctly in Internet Explorer, so just do yourself a favour and dump it for Firefox. There's a good 'un.