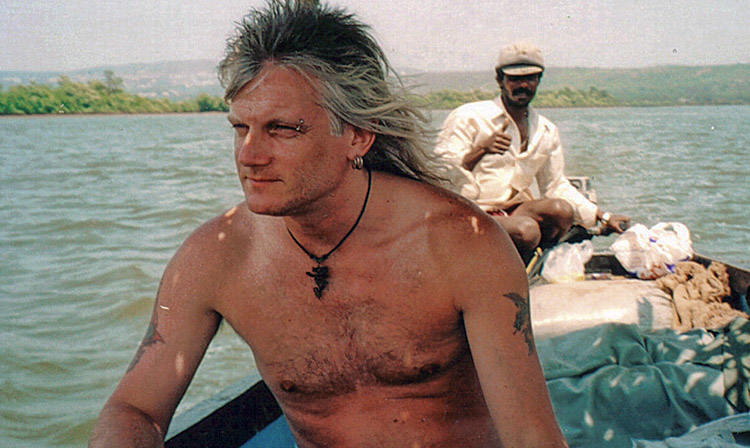 For the next few posts, I thought I’d reproduce some beery ramblings I wrote for the local CAMRA newsletter. The following appeared in Newark CAMRA’s Beer Gutter Press and was from April 2001

India doesn’t immediately spring to mind when a real ale enthusiast thinks of heaven and they’d be right! In fact, its a beer desert, as BoldBelvoir discovered on a recent trip to the Indian state of Goa.

India does, however, have a large and thriving beer-making industry with several large breweries such as Kingfisher, Impala and Arlem. All the beers produced here are bottled, but sadly not of the conditioned type and usually in the Pilsner style. The most popular varieties in Goa seemed to be Kingfisher, Belo, San Miguel and Kings.

The popular Kingfisher, produced by United Breweries in Bangalore, claims itself to be the ‘King of good times’. Belo, brewed by the Impala Brewery at Assolda Quepem, states on the label that it is brewed with spring water, choicest German hops and specially selected malt. The strength of both these beers is stated on the label as alcohol content less than 5% which I suppose could mean anything from 0 to 4.9%! My guess is, though, that they are around 4.6 – 4.8%.

In bars, the beers will sell for around 40 to 50 Rupees (61-76p) for a 650ml bottle. In supermarkets they are considerably less, thanks to Goa’s low taxation. All the mentioned beers are fairly dry, crisp and clean, but sadly lacking any form of flavour!

In his quest for knowledge of all things beery, BoldBelvoir arranged a visit to the Arlem brewery at Raia, North Goa. After some haggling over price, we set off by taxi on the 50km ride to the brewery, or ‘beer factory’, as the locals call it.

Road travel in India is not to be undertaken by the faint hearted. One needs a couple of beers even to dare setting foot in a cab! However, after about an hour-and-a-half and ten near-accidents later, we arrived at the gates of the Arlem brewery, to be met by a uniformed guard sitting in a sentry box behind a barb-wired fence. Our cab driver negotiated for us, and after a while and a bribe of 20 Rupees, we were allowed in and directed toward the reception entrance.

After walking the length of the beer factory, which more resembled an Iraqi aircraft bunker than a brewery, we arrived at the doors, where we were greeted by a bewildered looking chap who informed us “Sorry, brewery broken down. No production. Can you come back in six weeks?” “Can we just look around?” we asked. “No, all doors locked” we were told. “Have you any publicity materials we can take please? We’ve come a long way”. “No!” We persisted – “Please can we just take some photos, then?” “No photos, strictly prohibited” (presumably this was to stop people seeing the dilapidated state of the building!).

Eventually, after much haggling and a few sycophantic comments about the Indian cricket team, we were invited to sit for tea (the man had apparently attended a test match at Trent Bridge). The chap then disappeared and returned about twenty minutes later with a selection of bottle labels and then proceeded to explain them all, one-by-one. They were all lagers, ranging from the 8.75% Pilsner Beer to the 5% Arlem Diet low-calorie beer. A few more words about cricket and that was it. Our visit was over without even getting past the reception!

So, India a beer paradise? Not really. All the beer tastes the same and it is served so cold that it anaesthetises the tonsils. But to be honest, in this place where the sun shines constantly, the leaves of the coconut trees rustle in the breeze as if applauding each other and curries burst with flavour, it doesn’t really matter.