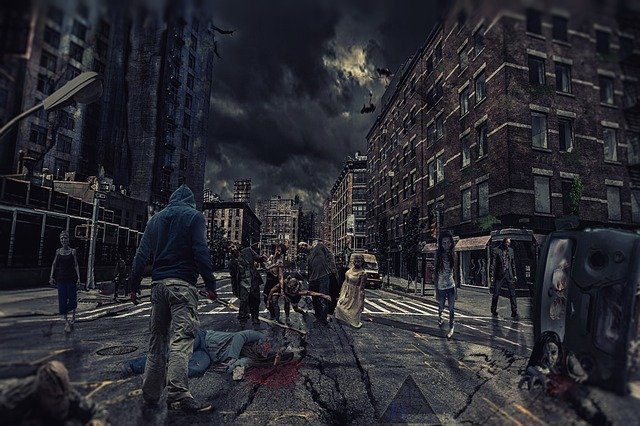 …so go the lyrics of the REM song. It’s a long time since I’ve posted on this blog, so I thought I’d do an update now I’ve a bit of time owing to the enforced ‘holiday’ most of us are having at the moment.

Surreal times indeed! Who’d have thought, only a month ago, that most of the world would be shut down and the global economy imploding in on itself? This is only the start of day 4 of ‘lock-down’ in the UK and my household’s doing OK, but many aren’t and but it’s hard to predict what people’s attitude to society will be when we get through this. I’m trying to stay positive, as I always do, but for sure the world will be a very different place when the all-clear is given.

There are positives already:
No-one has turned into zombies – Yet.
The air is fresher – Pollution levels have dropped drastically as planes are grounded and vehicles stay off the road all around the world. This must surely demonstrate what is achievable to combat global warming if we all act collectively.
Nature is reclaiming itself – Within days of lock-down, animals have started to enter cities looking for food and, for the first time in living memory, the canals of Venice have cleared and wildlife is coming back to the city. This must make us think again how we co-exist with nature rather than trampling everything under foot. They were here first and will surely outlive us!
Attitudes will change – The world has never seen anything on the scale of what is happening now and it will hopefully make people realise how fragile the human race really is. We are not invincible. This will not be the last virus to sweep the globe. Hopefully lessons will be learnt and next time we will be more prepared for it.
People will come together – This crisis should make people realise we are all the same, regardless of race, politics or religion. I sincerely hope that people will come to appreciate all the things that we take for granted – a visit to the pub, going to  a concert or football match, sharing a meal with friends. I hope they will become more grateful of what they do have and society in general becomes less materialistic and kinder to each other.

Maybe I’m being a bit naïve here, but I’d like to think a lot of people’s fundamental outlook on life will change, at least for a generation or two.

I was reading an article a couple of weeks ago in which scientists are saying that the first human to live to the age of 1000 years has already been born. 1000 years! Can you imagine that? The world is on the verge of being over-populated now. How could the the planet possibly survive if everybody was living to 1000? I’m glad I won’t be part of it.

As Roy Batty (Rutger Hauer) in Blade Runner said “The light that burns twice as bright burns half as long”. Let’s all be happy with our lot.